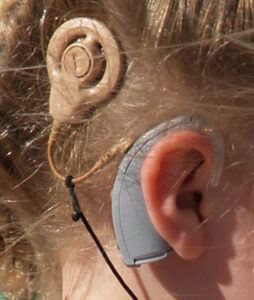 Hearing loss is the most common birth defect and the most prevalent sensory disorder in developed countries.

Proper functioning of structures such as nose, ear and throat is important for activities as basic as smelling, hearing, swallowing, generating sounds and maintaining balance. Any mismatch in these functions can compromise normal development, hence the importance of its early detection.

Postnatal genetic testing helps to diagnose otorhinolaryngological genetic disorders by allowing an early intervention and thus improving the prognosis of the disease.

Hearing loss in children is one of the most common disorders and in 50% of cases is due to genetic defects. Most hearing loss is non-syndromic, i.e., they are not associated with external ear malformations or other medical problems. In 30% of cases, it is syndromic, which means that it is one of the many manifestations of a particular disease such as Alport, Pendred, Stickler, Usher, Wolfram or Waardenburg syndromes. About 400 genetic syndromes are currently known, including hearing loss among its manifestations.

Hearing loss is highly variable. It can be partial or total and it can affect one or both ears, so genetic studies are the best option to be able to establish measures as soon as possible and to avoid possible development of deafness.

Types of genetic tests in Otorhinolaryngology

Complete genetic study that includes all genes associated with hearing disorders. The test allows to identify the genetic cause involved in non-syndromic hearing loss or to achieve a differential diagnosis that confirms the syndrome responsible for hearing loss.

Study of a set of genes related to otorhinolaryngological diseases in case of clinical suspicions and whose diagnosis wants to be confirmed.

At CONGEN we are continually updating our products and offer new services once there is clinical evidence of their usefulness. Ask us about new advances and developments.

If you want more information about genetic studies in Otorhinolaryngology

Call us
Write us

You can find out more about which cookies we are using or switch them off in settings.

This website uses cookies so that we can provide you with the best user experience possible. Cookie information is stored in your browser and performs functions such as recognising you when you return to our website and helping our team to understand which sections of the website you find most interesting and useful.

Strictly Necessary Cookie should be enabled at all times so that we can save your preferences for cookie settings.

If you disable this cookie, we will not be able to save your preferences. This means that every time you visit this website you will need to enable or disable cookies again.

This website uses Google Analytics to collect anonymous information such as the number of visitors to the site, and the most popular pages.