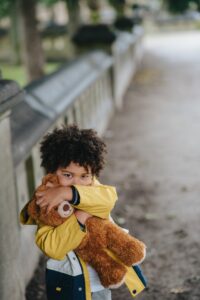 Rare diseases affect a very small number of people in the population.

It is estimated that in the world there are about 300 million people living with some of these pathologies. In Europe we speak of a rare disease when it affects 1 person in every 2,000. This means that a disease may be rare in one region, but common in another.

At present, some 7000 rare diseases have been described, many of them are genetic, but not all. They usually appear in childhood (eg. osteogenesis imperfecta, Rett syndrome …) although there are also some that begin to manifest in adulthood (eg. Huntington’s disease, amyotrophic lateral sclerosis …).

Rare diseases pose many challenges, both diagnostic (take an average of 5 years to diagnose) and therapeutic (many of them lack effective treatment).

Patients and relatives often have to run into difficulties derived from the lack of information about their disease and the lack of knowledge on the part of the specialists who treat them. However, there are reasons for hope, since there are many advances in this aspect and more and more are known in that they open the door to the implementation of new therapeutic routes …

There is no cure for many of them, but a diagnosis helps the family not only to be able to benefit from social assistance but also to alleviate the psychological stress caused by this lack of diagnosis and the misunderstanding to which they are led by society.

Genetic tests can help to achieve early diagnoses that allow for early treatments, and therefore, are more effective.

Call us
Write us

You can find out more about which cookies we are using or switch them off in settings.

This website uses cookies so that we can provide you with the best user experience possible. Cookie information is stored in your browser and performs functions such as recognising you when you return to our website and helping our team to understand which sections of the website you find most interesting and useful.

Strictly Necessary Cookie should be enabled at all times so that we can save your preferences for cookie settings.

If you disable this cookie, we will not be able to save your preferences. This means that every time you visit this website you will need to enable or disable cookies again.

This website uses Google Analytics to collect anonymous information such as the number of visitors to the site, and the most popular pages.